ITS unlocks growth in Islamic banking through sharia compliant technology

For more than a decade, Islamic finance has enjoyed a rapid rise in its use across the world. Sharia compliant methods of financing have traditionally been popular throughout Muslim-dominated regions, however more recently they are also being adopted in traditionally western-style financial institutions.

Many of the banks that are now starting to offer these types of finance have well-established technological processes that work in traditional forms of banking. Converting towards a sharia-compliant system is both arduous and complicated. There are a number of companies, however, that are leading the way in developing software for financial institutions that seamlessly provides an easy and customisable Islamic banking operation.

One such firm, International Turnkey Systems (ITS), has been operating in this sector for more than 30 years and has developed a reputation as a market leader for providing efficient, customisable and secure software to Islamic banking operators.

World Finance spoke to the company’s Group Product Director, Ismail Ali, about how it has become such a big player in the industry and why Islamic banking is set to grow even more in the years to come.

What is driving the spectacular growth of the global Islamic banking industry?
There are many reasons for this growth. One of them is the demography in the region, where more than 90 percent of the population is Muslim. Also, Islamic banking has been showing higher growth rates over the last 10 to 15 years. It has also proven attractive because it has reduced the inflation rate and many economies in this region have a problem with controlling inflation. Another thing that Islamic banking has helped do is to attract foreign direct investment.

Each country has its own way of developing its economy. In Kuwait, Islamic banking has been established for more than 30 years

Having said that, the market is still in high demand and there are many areas in Islamic banking that are untapped. Most of the banks are using standard systems. Keeping in mind that Islamic banking operations are more complicated than their conventional counterparts, migrating systems generally requires a lot of changes and customisation to the organisations’ existing technology.

What are some of the biggest challenges facing the Islamic banking industry today?
For the industry in general, one of the main challenges is the standardization of regulations. Until recently, regulations for Islamic banking have been scattered and most of the banks have their own sharia component that reflects their interpretation of Islamic economics. One of the main challenges is reaching a better standardization – globally – of regulations. It will help to boost the growth rate of the industry.

There are many efforts that have been made. There are many organizations that have been developing Islamic banking standards from a sharia point of view, such as ISFB in Malaysia. However, all they have developed is recommendations and guidelines, rather than something mandatory for the banks to follow. From an operational point of view there is nothing set in stone that requires banks to follow such guidelines.

Taking into consideration the people and regulations, a crucial element for the industry to generate better growth rates is the technology. In our experience most banks are dealing with international providers as they consider it a safer way to migrate their technology. However, it requires a lot of manual effort or semi-automated processing, which all adds up for the operations of the bank. Technology is certainly one of the main challenges for Islamic banking.

Why has Kuwait been such a pioneer in the industry?
We consider Kuwait our home yard. All of the Islamic banks in Kuwait are ITS customers. Most of the banks there are utilizing technology in a better way, compared to other countries. The market in Kuwait has reached a level of maturity compared to elsewhere, because we launched our solutions many years ago.

There are some other countries, such as the UAE, that are also developing quickly. One of the ways it differentiates itself is by utilizing the technology properly. However in Kuwait the market is smaller and the number of banks are limited. I believe that the way the two countries have utilized technology in their Islamic banks means that they are way ahead of many other countries.

Each country has its own way of developing its economy. In Kuwait, Islamic banking has been established for more than 30 years, so it understandably has a very strong position when it comes to the industry and a great deal of experience.

Dubai is trying to become the capital of Islamic finance worldwide. It is bringing a lot of new ideas to the table and implementing regulations in order to become one of the main global Islamic banking hubs. Bahrain is moving on the same path as well and there is a significant demand over there. In fact, due to its strategic location, Bahrain has become one of the main players in the Islamic banking industry. All these countries see the potential of the industry.

How does ITS ensure its platforms are all sharia compliant?
ITS has pioneered Islamic banking for more than 30 years. Over the years we have been developing and refining the technology for Islamic banking institutions to ensure the best possible systems. Offering Islamic finance that is completely sharia compliant, regardless of the changes in interpretation across the banks, has led us to design the technology in a way that allows the banks to define their own sharia process. This also makes sure that the process also complies with the main sharia principles.

We provide the banks with a platform for Islamic banking that makes sure that the main rules of sharia are within the system, but gives the banks the facility to change their operations according to the market needs.

When it comes to the emerging markets, our main target is largely Africa, where Islamic banking is really growing

How has ITS developed as a business over these past few years?
We divide the market into two parts. There are the mature markets in the Arabian Gulf area where the banks have developed Islamic banking services and an advanced level of technology. For this market, we offer many unique products and services that help to enhance their operations. One example is related to Islamic banking process calculation and distribution, which is quite a complicated process. It has a big impact on the bank, so this is one of the unique systems that ITS has developed as a result of its long experience in the industry. We have been providing these modules to many of the banks within the MENA region to help enhance their operations.

Additionally we also have the fully automated Islamic banking process. The main challenge here is that banks used to have departmental automation. There would be a risk department system, an investment department system, and so on. However, the actual operation in the bank requires a transaction to go through multiple departments. In general the operation is not fully automated and there are many different checks between departments. What we offer is a full and complete automated process that covers the bank across all the important departments. We have been implementing this across the MENA area and so far cover around 25 banks.

For the emerging markets, such as Africa, we offer them a total banking solution which allows them to be up and running within three or four months. One of the models that we offer to these Islamic banks is to provide them with a holistic solution that is preconfigured, which helps to get them up and running quickly. It helps both parties. For the bank, it helps them to compete in the market, while for us it shows that it is not difficult to get an Islamic bank operating.

What is in the pipeline for ITS?
For us, the core market is the Middle East. We have been here for a long time and have a good reputation. We want to continue this work, targeting all the banks that are looking to enhance their Islamic financial operations, as well as to get the automation model taken up. On the other side, we have started to offer Islamic banking services based on mobile technology and we believe this part is really going to have a great impact on the Middle East market. It will expose the banks’ services to a wider range of clients and enhance their customers’ user experience. This will definitely have an impact on their customer retention plans.

When it comes to the emerging markets, our main target is largely Africa, where Islamic banking is really growing. We are also looking at eastern Europe, where there is a lot of demand. These will mainly follow the model of the Middle East. 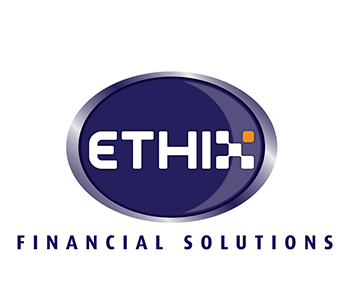