Al-Sa’eed: “This Certificate Avails Us Wider Opportunities for Competition and Entry into More Markets”

The International Turnkey Systems Group (ITS) received the accreditation certificate from the Accounting and Auditing Organization for Islamic Financial Institutions (AAOIFI) in the annual conference that convened recently by the AAOIFI in the Bahraini capital Manama, under auspices of the Minister of Housing in Bahrain and Chairman of the Board of Trustees of AAOIFI Sheikh Ibrahim Ben Khalifa Al-Khalifa.

This certificate gains its significance from the issuing entity; namely, the Accounting and Auditing Organization for  Islamic Financial Institutions (AAOIFI), which is deemed the most notable organization concerned in Islamic financial business applications, whereby ITS succeeded to satisfy the requirements and standards of AAOIFI with regard to its software, products and services rendered to banks and Islamic banking business.

​The Managing Director and General Manager of ITS Group Mr. Khaled Faraj Al-Sa’eed said the gaining of this marked certificate evidenced the adequacy of ITS and its capability to cope up with the standards and conditions of exercising business in Islamic financial institutions and companies, such business, which is characterized with its privacy and stringent standards.

Mr. Al-Sa’eed added that the accreditation from the Accounting and Auditing Organization for Islamic Financial Institutions (AAOIFI) qualifies us for seizing more opportunities and better competition in the Islamic banking and exchanges markets, which witnesses increasing growth every year.

ITS the Pioneer in the Region

ITS is deemed the pioneer among technology companies in the region. While ITS gains this accreditation as a member in the AAOIFI, it holds membership in a number of organizations and associations, among which is the Interactive Financial Exchange (IFX).

ITS was also the leader in developing and designing information technology systems and solutions for banks and Islamic financial institutions and realized great strides in satisfaction of the requirements of Islamic finance operations, and such solutions and financial systems satisfy the financial transactions requirements which comply with the Islamic Shari’ah provisions.

ITS Group dominates the largest portion of the market share in banking market and Islamic financial institutions in terms of the volume of this growing market, owing to the innovated solutions rendered to these markets.

The Accounting and Auditing Organization for Islamic Financial Institutions (AAOIFI) is an Islamic international autonomous non-profit making corporate body that prepares accounting, auditing, governance and ethics and standards for Islamic financial institutions and Islamic financial industry in general. The AAOIFI now organizes professional qualification programs; notably, CIPA, the Shari’ah Adviser and Auditor, “CCAA”, and the Corporate Compliance Programme, in its efforts to enhance the Islamic industry’s human resources base and governance structure.
AAOIFI was established in accordance with the agreement of Association, which was signed by Islamic financial institutions in 1990 in Algeria, and the AAOIFI was registered in 1991 in Bahrain.

In its capacity as independent international organization, AAOIFI is supported by a large number of institutional members of corporate bodies around the world (200 members from 45 countries so far), of which central banks, Islamic financial institutions, and other participants from the international Islamic banking and finance industry worldwide.

AAOIFI gained assuring support for the implementation of its standards, which are now adopted in the Kingdom of Bahrain, Dubai International Financial Center, Jordan, Lebanon, Qatar, Sudan, and Syria. Concerned authorities in Australia, Indonesia, Malaysia, Pakistan, Kingdom of Saudi Arabia and South Africa have issued guidelines that are based on AAOIFI’s standards and pronouncements.​ 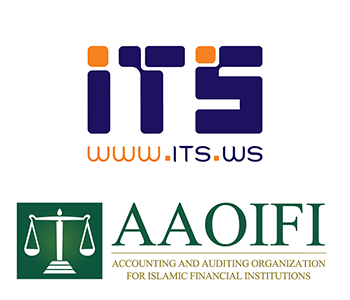