The Managing Director and General Manager (MD & GM) of International Turnkey Systems Group (ITS) Khalid Faraj Al-Said said that the company’s human capital is considered the foundation of the successes, achievements, development and growth of the company over the last three decades, since the company was established in 1981.

​Al-Said said in a statement given to reports during the 30th celebration of the establishment of the company – held by the ITS at Arraya Ballroom on Sunday, Jan.16, 2010 – that the presence of qualified human capital, over the last three decades has played a key role in achieving the outstanding results of ITS as one of the leading companies in the information technology industry not only locally but globally. He also stressed that the strategic ties of ITS with major international companies had participated in creating the success story of the company that led ITS to transform from a technical distributor to a leading provider of the latest technical solutions in the information system industry.

​Al- Said also noted that ITS has been able to occupy the third place in the region after HP and IBM – which are considered one of the largest global corporations – in terms of providing companies and institutions with professional services related to information systems according to an assessment conducted by Gartner one of the world known institutions adding that Gartner awarded ITS group an advanced rating as one of the world’s leading companies in the information systems for telecommunication companies in the region.

He clarified that ITS is targeting vibrant and growing sectors such as Islamic finance, telecommunications, hider education and the corporate sector. Regarding the company’s strategy he pointed out that ITS is seeking to increase its revenues and to expand the cooperation with its strategic partners focusing on different sectors such as the sector of financial and banking institutions, telecommunication and high education noting that ITS will continue targeting the Middle East and North Africa (MENA) market and will seek opportunities in the Asian, European and American markets through its strategic partners pointing out that targeting regional market depends on the infrastructure that ITS own through 24 offices distributed in targeted countries.

About the economic development plan, he emphasized on the importance of the Information Technology (IT) since there is no development without a vital IT systems because these systems save time and efforts describing that IT industry as important for any society as air and water. 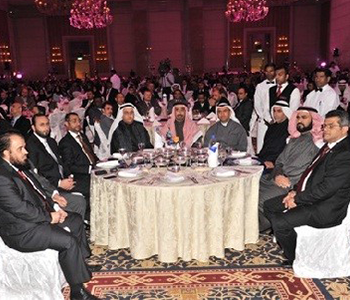