Al Saeid: ITS Cumulative Expertise Contributes to the Conversion into Islamic Financial Services in Record Time.

Mr. Hamad Abdul Mohsen Al Marzooq, Chairman and Managing Director of Ahli United Bank (AUB), said that the conversion phase into a bank operating in accordance with Islamic Shari’ah provisions required the cooperation with a group of partners who could meet the needs of the Bank and its customers, and complete the conversion process within the time frame set out the Central Bank of Kuwait and according to its instructions related to the Islamic banks business.

​Mr. Al-Marzouq added that the choice of ITS was a strategic one as the latter’s experience was a key factor in the conversion of AUB, formerly known as the Bank of Kuwait and the Middle East, into an Islamic institution, pointing out that the agreement was a preliminary step for a long-term relationship expected to be extended between both organizations.
Al-Marzouq stressed that the conversion of the bank into an Islamic institution would add value to both Islamic banking and the development process and create a safe investment environment. As such, the Bank formed a Shari’ah Board embodied a group of prominent Islamic Shari’ah Scholars. This Shari’ah Board assumed a pivot role in support and direction of the Bank personnel in banking and management areas for implementing and bringing the conversion plan to success.
Mr. Al-Marzouq added that the banking businesses trends are directed to Islamic banking. This reflects the growth in Islamic investment sector, whereby Islamic banking attains strong support in Kuwait through the rising awareness of its magnitude and the demand by customers for Islamic banking, along with the marked growth in Islamic financial institutions, and the Islamic Shari’ah investment funds supported by Islamic banks. We expect, on the one hand, to constitute an added value to the Islamic banking business corresponding with the Bank history and reputation; and, on the other hand, we endeavor to adapt the new products which the Bank will render to its present and new customers in line with the Islamic Shari’ah provisions, Mr. Al-Marzouq added.
Mr. Al-Marzouq concluded his statement saying that the considerable growth in Islamic banking drove world banks to create banking business compliant with the Islamic Shari’ah provisions. This confirms that Islamic banking occupied distinguished position in the new world trends in banking sectors and that Ahli United Bank will account for a distinctive milestone in this sector within its delineated strategy in the coming phase of its course of action. He went on to say that we are assured, in sha’a Allah, that our endeavors will succeed and our aspirations will be realized to see Al-Motahid, formerly Al-Awsat, the first bank established in Kuwait since 1941, holding its position it deserves in the forefront of banks which render their service in accordance with Islamic Shari’ah provisions, and for the protection and development of our shareholders and customers’ interest and satisfaction of their ambitions.
In his statement on the occasion of the initiation of the Bank business and customers service as an Islamic Bank, after it had exercised its business for almost seventy years as a conventional bank, Mr. Khaled Faraj Al Saeid, Managing Director and General Manager of ITS stated that ITS possesses cumulative expertise in the area of assisting financial institutions, specifically banks, for conversion from conventional into Islamic systems, whereas ITS has antecedently lent its contributions with one of the Kuwaiti banks for its conversion into an Islamic bank, as well as another bank in the Arab Republic of Egypt. This expertise has been confirmed by the completion of the conversion project of Ahli United Bank in due course without delay.
Mr. Khalid Al Amiri, ITS Regional Director and Assistant General Manager, indicated that the conversion of AUB into an Islamic bank in record time demonstrates the  Bank management success to deal with all variables, with profound  expertise and considerable strength for managing the conversion phases. Along with the expertise of ITS in the conversion from conventional financial systems to Islamic ones, ITS expertise covers the incorporation of Islamic financial systems from the beginning, as well as the capability to create custom systems for Islamic windows commissioned within conventional banking, Mr. Al Amiri added.
Worth mentioning is that the solutions rendered by ITS accounted for the technological partner with the Bank in several phases of the conversion, through the software, solutions and products which covered all transactions of Islamic banks, including retail and corporate customers accounts and transactions, along with training to staff on the conversion of data and statements from conventional into Islamic systems.
ITS is distinguished in its expertise in the area of conversion of financial institutions in Kuwait and in the region, owing to its awareness of the Central Bank of Kuwait requirements and its knowledge of its regulations and instructions, specifically Islamic banks, along with the innovated solutions ITS renders which make it distinct from its competitors, whereas new products can be supplied and commissioned during record time.​ 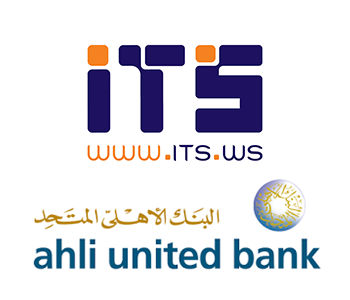