​​Today ITS announced the appointment of Naqeeb Amin as Group Director of Human Resources, effective August 1, 2013. Amin joins from Dasman Diabetes Institute, where he held the position of HR Director.  Prior to that, he worked with Zain Telecom as an HR director and then Sales Director.

The appointment is the latest in a series of senior management appointments effected by ITS in recent months as part of a major revamp of the company’s organizational structure and strategy, starting with L. John Loomis taking over as CEO in April 2013 followed by the unveiling of an ambitious new business plan to prepare the company to embark on a sustained, profitable growth journey.

Based in Kuwait, Amin will be responsible for developing people strategy and managing the overall human resource functions for ITS across the Group’s operations in the Middle East, Africa and any future expansion. This will include overseeing strategic planning, organizational development, human capital development, internal training, and performance management.

“The appointment of Naqeeb continues our strategic restructuring process and is a further demonstration of our commitment to build a more dynamic presence in the regional market,” said L. John Loomis, CEO of ITS Group. “Naqeeb will play a crucial and important role in helping us transform our Human Resources department into a business enabler, and his knowledge, experience and leadership will prove invaluable as we actively seek to grow our business in the wider Middle East and globally.”

Naqeeb Amin said, “ITS with its rich diversity and its commitment to innovation has always attracted the best talents, and I’m very excited to join such a vibrant and dynamic culture. Beyond overseeing traditional HR functions, an immediate focus area for me will involve aligning Human Resources with the company’s business strategy and bringing a customer-driven approach to HR strategy formation.”

Amin brings with him more than 16 years of experience in HR. He has previously held management positions at Zain Telecommunications, MTC Vodafone, and EQUATE Petrochemical Company. Amin holds a Bachelor degree in Management from the University of South Carolina and a diploma in Leadership Development from the Harvard Business School. 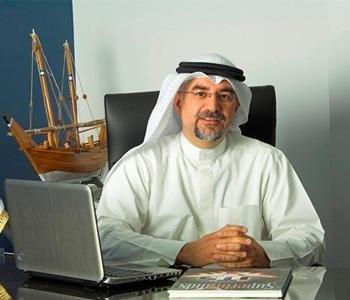